Paris, 16 October 2017 – Rémy Rioux, Chief Executive Officer of Agence Française de Développement, has been appointed Chairperson of the International Development Finance Club (IDFC) in Washington, following IDFC’s Annual Meeting held on the sidelines of the World Bank and IMF Annual Meetings. He is taking over at the head of IDFC from his German counterpart, Dr. Ulrich Schröder, CEO of KfW. With this presidency, France is strengthening the role of public climate finance in working towards the upcoming Paris Climate Summit. 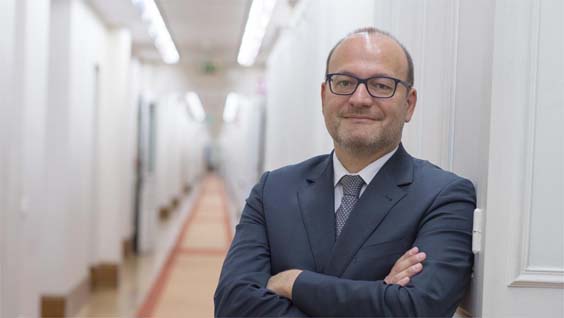 During its two-year mandate, AFD will be hosting in Paris the headquarters of this club of the 23 main development banks from the North and South (Africa’s BOAD and DBSA, Brazil’s BNDES, Latin America’s CAF, Morocco’s CDG, South Africa’s DBSA, China’s CDB and Japan’s JICA).

With a total balance sheet of USD 3,000bn and over USD 630bn of annual commitments, IDFC’s member banks are working for a massive rechanneling of financial flows towards a low-carbon and climate-resilient economy.

Rémy Rioux intends to turn IDFC into an actor committed to the success of the Paris Climate Summit on 12 December 2017.

He has defined three priority projects in the short and medium-term:

Just a few weeks ahead of COP23 and the Paris Climate Summit on 12 December, IDFC is giving public climate finance actors influence by allowing them to speak with one voice in the major international debates on development and climate.

Rémy Rioux: “Much of the success of the Paris Agreement will come from financial actors. I want to turn IDFC members into a new force alongside international organizations for the implementation of the Sustainable Development Goals.”

Dr. Ulrich Schröder, CEO of the KfW: “I am sincerely thankful that Rémy Rioux declared his willingness to be the new Chairperson of the IDFC. The alliance needs people like him. I know him as man full of passion for the idea of development banking and full of energy to promote our idea. Our mission has more importance than ever due to the several crises in the world and the ongoing demand to support the economic frameworks in our countries and the countries we are engaging. Rémy Rioux and his colleagues will do a terrific job.”